Sushi lovers look for the following when a new restaurant opens: high quality fish,creative tolls and spectacular value. Sakura Sushi, on Fifth Ave, delivers the latter two with some perks.

The menu lists 20 special rolls, Despite kitschy manes like Fancy and rainbow, these were often beautifully architectural. Of the two inexpensive omakase meals, spring for the supreme version, which feature seafood airshipped from Tokyo's Tsukiji market. It's the cheapest japanese tasting menu we know of, and the portions of unusual sashimi can be enormous.

The sakura sushi restaurant are casually elegant, and the waiters were swift and attentive, describing dishes both before you order and once the plate arrives. 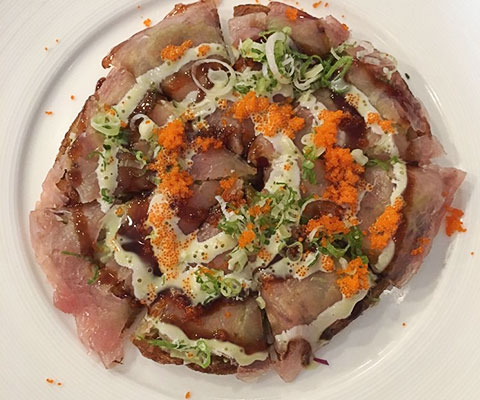